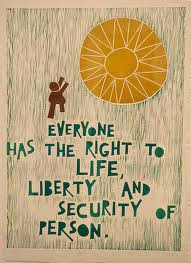 The representative of Egypt in the United Nations General Assembly has presented on 10th March the "right" of a group of countries to retain the death penalty.

Thailand is no longer amongst this group, a choice consistent with its proclaimed decision to abolish the death penalty, in respect of the right to life of all human beings

"(d) Capital punishment has often been characterized by some as a human
rights issue in the context of the right to life of the convicted prisoner. However, it is first and foremost an issue of the criminal justice system and an important deterring element vis-à-vis the most serious crimes. It must therefore be viewed from a much broader perspective and weighed against the rights of the victims and the right of the community to live in peace and security;
(e) Every State has an inalienable right to choose its political, economic,
social, cultural, legal and criminal justice systems, without interference in any form by another State. Furthermore, the purposes and principles of the Charter of the
United Nations, in particular, Article 2, paragraph 7, clearly stipulates that nothing in the Charter shall authorize the United Nations to intervene in matters which are essentially within the domestic jurisdiction of any State. Accordingly, the question of whether to retain or abolish the death penalty, and the types of crimes for which the death penalty is applied, should be determined by each State, taking fully into account the sentiments of its own people, state of crime and criminal policy. On this question, it is improper to attempt to create a universal decision or to prescribe to Member States actions that fall within their domestic jurisdiction, or attempt to change, by way of a General Assembly resolution, the stipulations under international law that were reached through a comprehensive negotiation process;
(f) Some Member States have voluntarily decided to abolish the death
penalty, whereas others have chosen to apply a moratorium on executions.
Meanwhile, many Member States also retain the death penalty in their legislations.
All Member States are acting in compliance with their international obligations.
Each Member State has decided freely, in accordance with its own sovereign right
established by the Charter, to determine the path that corresponds to its own social,
cultural and legal needs, in order to maintain social security, order and peace. No
Member State has the right to impose its standpoint on others.
The permanent missions to the United Nations listed below wish to request the
circulation of the present note verbale as a document of the sixty-fifth session of the General Assembly.
New York, 11 March 2011
1. Afghanistan
2. Antigua and Barbuda
3. Bahamas
4. Bahrain
5. Bangladesh
6. Barbados
7. Botswana
8. Brunei Darussalam
9. Central African Republic
10. Chad
11. China
12. Democratic People’s Republic of Korea
13. Democratic Republic of the Congo
14. Dominica
15. Egypt
16. Equatorial Guinea
17. Eritrea
18. Ethiopia
19. Grenada
20. Guinea
21. Guyana
22. Indonesia
A/65/779
11-26164 5
23. Islamic Republic of Iran
24. Iraq
25. Jamaica
26. Kuwait
27. Lao People’s Democratic Republic
28. Libyan Arab Jamahiriya
29. Malaysia
30. Myanmar
31. Niger
32. Nigeria
33. Oman
34. Pakistan
35. Papua New Guinea
36. Qatar
37. Saint Kitts and Nevis
38. Saint Lucia
39. Saint Vincent and the Grenadines
40. Saudi Arabia
41. Sierra Leone
42. Singapore
43. Solomon Islands
44. Somalia
45. Sudan
46. Swaziland
47. Syrian Arab Republic
48. Tonga
49. Trinidad and Tobago
50. Uganda
51. United Arab Emirates
52. Yemen
53. Zimbabwe
Posted by hrdefender at 9:50 AM

Email ThisBlogThis!Share to TwitterShare to FacebookShare to Pinterest
Labels: Abolition in Thailand, right to life