A Pause in Execution in Singapore 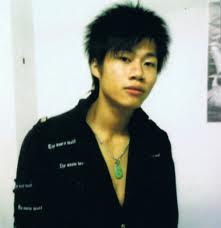 BANGKOK, Feb 4, 2011 (IPS) - A young Malaysian’s legal battle to escape the hangman’s noose in Singapore is finding new hope. "He has a 50-50 chance of being spared," Madasamy Ravi, the lawyer appearing for 23-year-old Yong Vui Kong, said in a telephone interview from the city-state.

The 41-year-old lawyer, who traded a lucrative career in corporate law in 2003 to become an outspoken human rights crusader, stepped in to take up Vui Kong’s case shortly after the Malaysian was sentenced to death in December 2009 by a Singaporean court that found him guilty of trafficking 47.27 grams of heroin. Vui Kong was only 19 when arrested in mid-2007 under Singapore’s draconian Misuse of Drugs Act.

The efforts to save Vui Kong won a reprieve mid-January when the Court of Appeal reserved judgment, in what anti-death penalty activists say is the young Malaysian’s last hope. Ravi argued in the court that his client had been deprived of a fair clemency process.

The lengthy appeals process has emboldened Singapore’s small group of anti-death penalty campaigners. "Vui Kong’s case since the sentence has taken a surprisingly long time. It has been dragging on and this, for us, is change from the status quo," says Sinapan Samydorai, a director of regional affairs at the Think Centre, a local, independent human rights lobby. "This is an opportunity to push for change."

But such numbers are far from conclusive, because the Singapore government has always been "secretive about the number of executions," says Lance Lattig, a South-east Asia researcher at Amnesty International.

"Singapore might or might not be in the first place (today) when it comes to executions per capita," Lattig said in an e-mail interview. "Either way, the government’s secrecy about its record on executions suggests that this is one indicator Singapore isn’t entirely proud of."

In November, 76-year-old Malaysia-based British author Alan Shadrake was sentenced to six weeks in jail for contempt of court and fined 15,400 dollars for the contents of his book: ‘Once A Jolly Hangman: Singapore’s Justice In The Dock’.

Shadrake was arrested in July last year when he visited Singapore to launch his book. The book includes an interview with Darshan Singh, the chief executioner at the city-state’s Changi Prison. Singh reportedly executed about 1,000 men and women from 1959 till he retired in 2006, the book notes.

In at least 11 passages of the book Shadrake questioned the impartiality of the judiciary in making rulings on death penalty cases.

Critics question the rationale of the country forging ahead with a mandatory death penalty for drug traffickers and murderers – while keeping the number of executions hidden.

"They justify executions to deter crime but they don’t publish the details," says Danthong Breen, chairman of the Union of Civil Liberty, Thailand’s oldest human rights organisation. "It is extraordinary. They treat the details of executions as a state secret."

But what is not a secret is the manner in which condemned prisoners meet their death: all hangings take place at dawn on Friday.

The law that sets out a mandatory death penalty for anyone trafficking more than 15 grams of heroin or over 30 grams of cocaine, and the manner of execution still enjoy wide public support, according to polls.
Posted by hrdefender at 7:37 PM