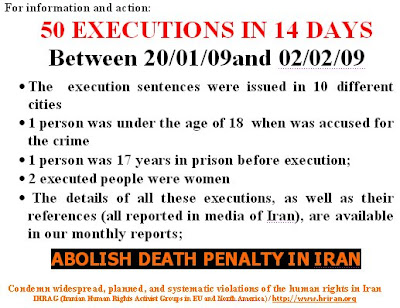 The killing goes on; in China, Singapore, Iran, Saudi Arabia, United States.
Thailand would be well out of it

Rule by a religious regime is autocracy. The papal states in Italy were notorious and the exercise of papal power led to a hatred of religion. Error has no rights and dissent is a moral crime. The State has the divine power of life and death over its inhabitants who are not citizens but subjects. The situation in present day Iran appears the same, as described by
German-Iranian writer Said:
"There are tendencies, sadly also fatal ones. Never has more alcohol been consumed, or more kids fallen into drug addiction. Nowhere in the Middle East are the mosques emptier than in Iran. This Islam, so vaunted as a panacea, cannot even get tomato prices under control. Those who came into power with their slogans against decadence and godlessness are now the reason why Islam is haemorrhaging believers. It is safe to say that Islam has never been more scorned in Iran than it is today."
Posted by hrdefender at 4:22 PM