Death Penalty and the Autonomy of States 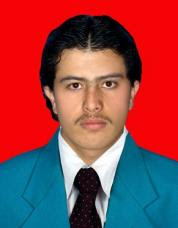 In Afghanistan a 23 year old student and journalist for a local newspaper, Sayed Parwez Kaambaksh, has been condemned to death for 'blasphemy'. The charge arises from an article which appeared on the Internet, claiming that men and women should be treated equally by Islam. He asked why a man could have four wives while polyandry was forbidden. The article was judged by the court to be insulting to Islam.
The sentence was denounced by the UN, and several human rights organizations, who pointed out that the defendant had even been denied legal aid during the trial, appealed to the President of Afghanistan to overturn the verdict. The Senate reacted by confirming the sentence and protesting against outside interference in the affairs of Afghanistan.
In the recent debate in the UN on a Death Penalty Moratorium, countries rejecting the Moratorium, notably Singapore, affirmed the right of their countries to practice the death penalty as they saw fit, condemning the proponents of the Moratorium for attempting to interfere in the affairs of their States. As in Afghanistan, so in Singapore!
Posted by hrdefender at 7:35 AM