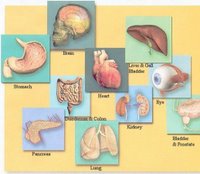 On 25th April ‘Le Monde’ newspaper published an article on the sale of body organs in China of which more than 80% are taken from executed prisoners:
An International Centre for transplantation in Shenyang, North-East China is advertising the availability of organs for transplant, especially in December and January, the period before the Chinese New Year when most executions occur. It appears that organs can be ordered before the executions are carried out. Analysis for compatibility of ‘donor’ and recipient are made in advance. Japanese are the most numerous customers. Koreans, Ukrainians and Israelis are also customers.

Prices quoted are:
Kidney $62,000
Liver $100,000
Pancreas $150,000 to $170,000
Heart $160,000
Cornea $30,000
Prices include the cost of the operation and hospital care.
Much cheaper transplants are available in other parts of China. A potential customer in Ningxia was offered a kidney for 10,000 euros and told to contact the police or doctors to arrange a place in a clinic.
20,000 transplants are carried out in China in one year
A Japanese intermediary commented “This business is to the advantage of everyone, the hospital, local functionaries; all make money from foreign patients”
Between 2004 and the beginning of 2006 seven Japanese patients between 30 and 50 years old, died after kidney transplants in Shenyang, Shanghai, and Changsha. Malaysians have also died soon after similar transplants.
In March of this year the Ministry of Health introduced a temporary ruling forbidding traffic in organs. Hospitals were also forbidden to use organs without the consent of the donor. Although it does not say so explicitly, the ruling attempts to regulate the use of organs from executed criminals.
A report of the American State Department states that there are many indications that organs are removed from prisoners who are still alive and that executions are timed to meet the timetable of transplants.
While the traffic in the organs of executed criminals is a taboo subject in China the Chinese Vice-Minister of Health, Huang Jiefu, who is himself a surgeon specialised in kidney transplant, admitted during a recent conference in Manila that 95% of transplant organs originated from executions.
Posted by hrdefender at 10:02 AM