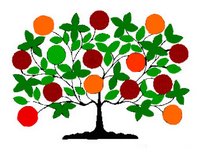 Moral issues are a primary interest of all religions and religion should influence thinking on capital punishment. However, in the matter of capital punishment as in that of war, divergence between ideal teaching and practice may be expected.

The prohibition on the killing of Cain who murdered his brother Abel, related in the Jewish Bible, is a clear teaching against capital punishment. However, other texts of the Bible have been quoted to support capital punishment as well as to oppose it. Modern has abolished capital punishment for ordinary crimes. The execution of Eichmann for his part in the Holocaust followed old patterns of retribution.

Christianity is a unique religion in that the acknowledged founder, Jesus, was himself executed as a criminal by the cruel method of crucifixion. The crucifix is the symbol of Christianity. If translated to modern imagery the symbol might have been the gallows or the gantry used for lethal injection. An incident is recorded in the Christian New Testament where Jesus intervened to stop execution by stoning of a woman taken in adultery by declaring “Let him who is without fault throw the first stone”. It is strange that this ‘fatwa’ by a prophet is not quoted in the same context in Muslim countries. Historically, Christianity has accepted the death penalty; even the as a papal state had its own executioner. However, the previous pope was steadfastly against capital punishment and the Catholic Church has become staunchly abolitionist. The fact that the death penalty has been abolished throughout Christian South America may be ascribed in part to the influence of a Catholic culture.

The Muslim code of law, Sharia, includes the death penalty. However its application is far removed from the practice of fundamentalist Muslim states such as and who are high on the list of world executioners. Moderation is illustrated in an account of a person brought before the Prophet on the capital charge of apostasy. It was charged that the accused had thrown his spear into the sky saying ‘I want to kill you, God’. When asked by the Prophet the reason for his action the man replied that he was angry at God because his loved one had died. The Prophet opposed the death penalty by asking: ‘Is it not enough for you that he believes in God to want to kill him’. On another occasion he went to great lengths in an attempt to stop the stoning of an adulterous woman. Mercy is Islam’s hallmark because it is Allah’s foremost characteristic. Capital punishment can follow only complete certainty of guilt with support of witnesses. Repentance and forgiveness are grounds for the remission of all penalties, in contrast to the practice of many Muslim states. Of the 48 Muslim-majority states worldwide, 23 can be considered abolitionist in various forms, whereas the retentionists are 25.

In principle Buddhism should be abolitionist. One of the five precepts for all Buddhists is the principle of abstaining from taking life. That all life is to be treasured is a logical extension of ‘ahimsa’ or non-violence. This stand is related to the belief that rehabilitation is a possibility for every one, even the cruellest murderer. The consequence for a ruler is stated in a 2nd or 3rd century A.D. text, ‘The Precious Garland of Advice for the King’:

“Once you have analysed the angry

Murderers and recognised them well,

You should banish them without

Killing or tormenting them”

It is recorded that the regimes of many enlightened Buddhist rulers abolished the death penalty.

One may conclude that the main religions of the world which are represented in are valuable allies in the movement against the death penalty. It is important to distinguish between a true interpretation of these religions and examples of distorted practice which are inconsistent with authentic beliefs.

Posted by hrdefender at 6:47 PM