The Death Penalty; do all opinions have equal right of respect? 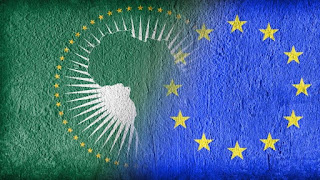 Now, it happens that the Council of Europe, with a membership of countries from the Atlantic Coast to the Pacific, imposes abolition of the death penalty on its member states, 47 in all, thus creating the largest group of abolitionist states in the world. What if a retentionist country approaches the Council of Europe for funding in a truly deserving cause, let us say for famine relief, or basic educational development? Can the Council of Europe impose as a condition of funding, complience with abolition of the death penalty to which it obligates all its own member states? Recalling the historical fact that the current poverty of African and South American countries is due to colonial exploitation and current prosperity of Council of Europe countries, does the latter have the moral right to impose human rights options on the former. In a world where advance in human rights valuation is slowly leading to advance in abolition over retentionist countries, the debate over values is likely to assume the form of might over right when a triumphant majority is faced with a recalcitrant minority who cling for whatever reason to a retentionist stance.

(At this stage in the argument we  invite our readers to contribute viewpoints)
Posted by hrdefender at 6:51 PM