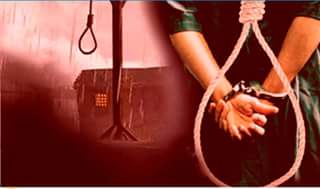 deathpenaltythailand has long been a friend and admirer of  Singapore lawyer Ravi. I am familiar with his method of engagement for those whose lives he tries to save. First, he engages with the family of the accused, learning all he can about the life of his client. He asks for some small object which was a treasured possession of the accused and keeps it before him to remind him continually of the real person involved. Then he devotes his excellent legal skills to explore every avenue of defense. I have heard all too often of court appointed lawyers who meet for the first time with the accused on the day of trial, and choose the easy option of recommending an admission of guilt, which may result in a life sentence rather than the death penalty. The tactics of defense of Ravi are often ingenious, exploiting every possible flaw in the arguments of the prosecution. His dearest clients are those most disadvantaged in society. His greatest suffering is to meet with failure and see another life sacrificed on the alter of "Justice".

"I just received heartbreaking news from 2 lawyers representing drug traffickers that their clients are going to be hanged at 6am tomorrow. In total there will be three state sanctioned executions- Zainuddin, Abdul Wahid and another - all for drug trafficking. A dark day for me as I felt helpless when one of the lawyers asked me to help his client whom he says is 100% innocent.I know he has done his best and is as desperate as I am thinking about what can be done. This will be one of the highest number of hangings in a single day in recent times. I will be writing to the authorities to halt the executions and to impose a moratorium on the death penalty, though I know this will fall on deaf ears as has done before ..... I will be heading to Changi prison later to say a prayer and to express my solidarity with the families of the 3 victims of yet more state murders."
Posted by hrdefender at 3:43 PM