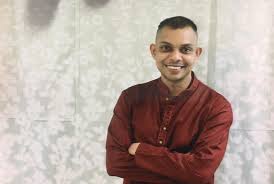 "A Malaysian drug trafficker was hanged by Singapore yesterday despite a plea for clemency from the United Nations and concerns expressed by rights groups over alleged flaws in his trial.
Prabagaran Srivijayan was arrested in 2012 after 22.24g of heroin was found in the car he was driving when it was stopped at a checkpoint going to Singapore.
He was sentenced to death two years later after being convicted of drug-trafficking. Trafficking certain volumes of illegal drugs into Singapore carries a mandatory death penalty unless certain conditions are met for the sentence to be commuted."

The opening sentence of this news item expresses two of three flagrant injustices in Singapore behavior. The first injustice is the refusal to accept UN norms regarding the death  penalty. Singapore still quibbles with the accepted interpretation of Article 3 of the Universal Declaration of Human Rights, "Everyone has the right to life".
Singapore has consistently maintained that the death penalty is an effective deterrent to crime and has rejected calls to abolish capital punishment.  In particular, the only possible justification for the death penalty is in response to deliberate homicide, not crimes relating to drugs. A mandatory death penalty is a legal abomination.

The second injustice relates to alleged flaws in the trial of the accused:
Amnesty International had raised concerns about the fairness of the trial, including the alleged failure of the authorities “to follow up leads and call on key witnesses that would corroborate his version of events”.
But following the execution, the narcotics bureau said Srivijayan was “accorded full due process under the law, and he was represented by legal counsel throughout the process”.
The veracity of the narcotics bureau is questioned by FIDH: "

"Singaporean authorities have never allowed Prabagaran’s attorneys, N Surendran and Latheefa Koya, who were hired by Prabagaran’s mother in January 2017, to visit him in Changi Prison. Authorities did not provide any reason for this denial. The denial of Prabagaran to meet with his legal representatives falls short of international fair trial standards. According to General Comment No. 32 concerning Article 14(3) of the International Covenant on Civil and Political Rights (ICCPR), “in cases involving capital punishment, it is axiomatic that the accused must be effectively assisted by a lawyer at all stages of the proceedings.”
A third injustice is to precede with execution while legal process was continuing:
"His lawyers contended that he still had an appeal pending in Malaysian courts, where lawyers had filed an application to compel the Malaysian government to take his case to the International Court of Justice amid concerns he did not get a fair trail." FIDH

Death Penalty Thailand has frequently submitted protests to executions. However, on this occasion, we were aware that nothing can deflect the microstate of Singapore from pursuing its bloody way, ignoring world opinion and counter argument. But this makes it all the more necessary to protest this unjust and pointless execution. There must be other ways to bring sanity to this blind system of injustice. A recent film "The Apprentice" gave voice to another form of protest; it represents the moral collapse of a Singapore hangman, the final link in an unjust and inhuman practice. I hope that we can all contribute to this chorus of disapproval.