Enough of a bloodbath. Let the last two live.
Nothing is gained by executing them. They have already suffered too much.
Joko Widodo, are you bereft of all human feeling?

A Brazilian man executed by firing squad along with seven other prisoners in Indonesia on Wednesday had no idea he was about to be killed until his final minutes, the priest who counselled him has said.He also revealed that Mary Jane Veloso, a Filipino woman who won a dramatic reprieve, had been aware a new suspect in her case had surrendered to police but was only removed from the prison about an hour before the killings.Rodrigo Gularte, 42, was shot dead alongside seven others, including four Nigerians, two Australians and an Indonesian, for smuggling cocaine into Indonesia in 2004.
Doctors had diagnosed the Brazilian with paranoid schizophrenia and bipolar disorder. A second diagnosis, commissioned by Indonesia’s attorney general, has not been made public.

Details of the execution reveal a fiasco of justice. The time to be polite is past.
Spare the final two, and suspend all further executions. 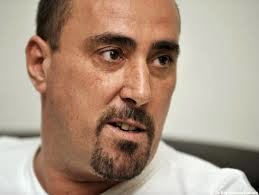