Where does Thailand stand? 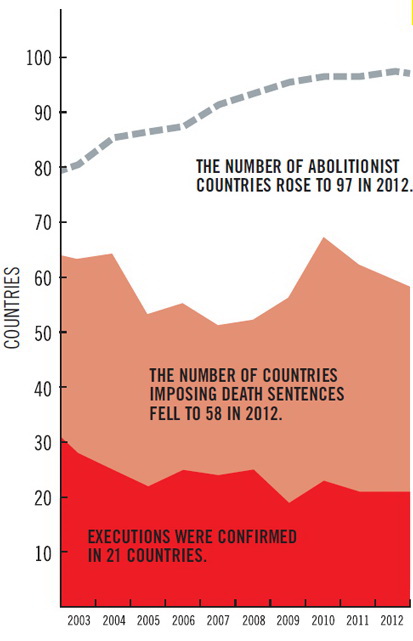 Prospects for abolition in Thailand

One: prolongation of present status. Statements have been made by high ranking officials of the Ministry of Justice that further executions are unlikely. In 2019 ten years will have passed since the last executions and Thailand will be a considered ‘de facto’ abolitionist by the international community. However ‘de facto’ abolition may be abandoned at any time and is not a true abolition which consists of explicit legal declaration and acceptance of the requirements of international conventions.
Two: meanwhile Thailand is pursuing a plan for abolition first proposed in the second five year human
rights plan, 2009 to 20013, and reappearing in more detailed form in the draft of a third five year plan, 2014 – 2018.This latest proposal outlines a programme which will include research on required legal and constitutional changes, plans on consultation of public opinion in four regional meetings, and a subsequent debate in parliament on the death penalty. The programme is being organized by the Rights and Liberties Protection Department of the Ministry of Justice, supported by an academic team in charge of the research and presentation of the results.

The proposals of the 3rd Human Rights Plan are defective in several ways. Abolition of the death penalty in any country depends on political leadership and a strong will to achieve abolition. Such a will and leadership are absent in Thailand. This is reflected in an inadequate budget of two million baht available to the Department responsible for the planned activities, and the lack of any public statement of government intent or interest.
Besides, there is no mention of a campaign to inform the public of the issues involved in abolition or retention of the death penalty.
The policy outlined in option One may be seen as an avoidance of the issue by politicians not daring to favour an unpopular policy.
Posted by hrdefender at 9:35 AM