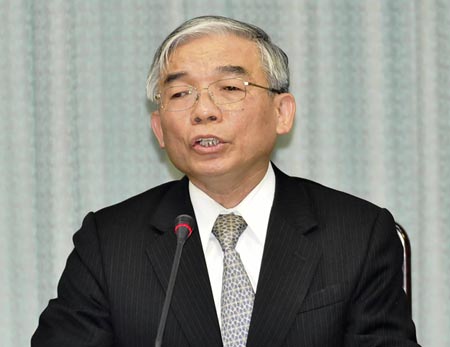 was necessary and taken based on the law, says Taiwan's vice justice minister, Chen Shou-huan.
The six convicts were given the death sentence because they "tortured and killed women and children," Chen said at a press conference following the executions that were carried out in four cities — Taipei, Taichung, Tainan and Kaohsiung. "The ways they committed crimes were too brutal to show any sign of humanity and mercy," he said.
Chen noted that the six convicted murderers had all been sentenced to death in trials at a district court, the high court and the Supreme Court. Moreover, before deciding to carry out the sentences, his ministry had confirmed that there was nothing that would suggest the sentence should not be carried out on the individuals, he said.

"There was nothing that would suggest the sentence should not be carried out". The Minister has a short memory. The Government of Taiwan invited a team of 10 independent experts from 10 different countries to review Taiwan's compliance with the International Bill of Human Rights which was solemnly ratified by Taiwan in 2009. The experts met in Taipei, welcomed in person by the President of Taiwan. Over three days (25 - 27 February 2013) they heard the reports of government and closely questioned its representatives. On 1st March 2013 they issued concluding observations and recommendations. In the issues they raised, the strongest recommendation was that the Government of Taiwan intensify its efforts towards abolition of capital punishment and. as a first and decisive step, immediately introduce a moratorium on executions in accordance with resolutions of the UN General Assembly.
But regardless of his memory, the Minister also displayed his total absence of understanding of the right to life, the most basic of all human rights. In conversation with representatives of the International Federation of Human Rights in Novermber of 2012, the same minister asserted the right of Taiwan to carry out the death penalty. Oblivious of the inapplicability of the ancient tribal origin of its source, the Minister quoted "an eye for an eye, a tooth for a tooth' to justify Taiwan's death penalty policy. He was then, and is today, completely unaware that this principle is in total contradiction to an understanding of justice in a modern democratic state, and of the priority of human rights among the family of nations.
"No man is an island ..... any man's death diminishes me, because I am involved in Mankind"
John Donne 1572 - 1631
Is Taiwan serious in its wish to participate in the worldwide advance of human rights, or was the exercise of February 25 -27, a meaningless showpiece?
Posted by hrdefender at 7:53 PM