End of Shackling for Prisoners Condemned to Death 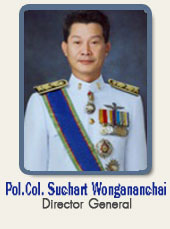 On Wednesday last, news began to trickle from Bang Kwang prison of the momentous end to the practice of permanently shackling all the approximately 590 male prisoners condemned to death. The first to convey the news were two Bang Kwang prisoners not in communication with each other. Later the news was confirmed by officials in the Department of Corrections, and in the Ministry of Justice. It is reported that the order to remove the shackles was given by the Director General of the Department, Pol. Col. Suchart Wongananchai.
Shackles were welded on the ankles of prisoners on the day they were first sentenced by the court of first instance, despite the fact that they must still be considered innocent until Appeal and Supreme Courts confirmed their sentence. The shackles were removed after their execution, or on commutation of their sentences, passing of a lesser sentence by the higher courts, or annulment of the original sentence.
The use of such shackles was cruel and inhumane, preventing prisoners from exercising and being an obstacle to personal hygiene. Abrasions caused by the shackles became easily infected and were a serious threat to health.
In 2005 the UN Human Rights Commission had strongly protested the use of such shackles, but no action was taken to stop the practice. Although Bang Kwang prison is a high security detention centre, it was claimed that shackles were necessary to prevent escape and restrain dangerous criminals.
Death Penalty Thailand welcomes this belated humane act. We hope that the death penalty itself will soon be abolished in affirmation of the right to life, the basis of all other human rights