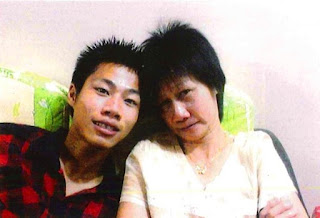 “Yong Vui Kong is young. But if we say ‘We let you go’, what is the signal we are sending?”
Mr. K. Shanmugam, Minister of Law and Minister of Foreign Affairs of Singapore has posed this question. As related in an earlier posting on this blog, Yong Vui Kong was arrested when 19 years old. He has been condemned to death on a drug charge. He is now 23 years old.

Here is an answer to Mr. K. Shanmugam:

The signal will say, strongly and clearly, human life is inviolable. The Government respects and acts in respect of this principle. It rejects the trade of drugs on the same principle, but recognises that killing is not an appropriate rejection of killing. It is as simple as that.

The message you send is that this young man has wagered human life for personal gain. He must be punished. But the punishment will involve rehabilitation, the chance to remake his life, based on the same conviction that human life must never be violated.

Meanwhile, you will admit that capital punishment is not a remedy for the problem of drugs. Drugs are like cancer. It is an ill of multiple facets. Cancer may be limited and perhaps cured by therapies which are almost lethal. But cancer must also be treated by enhancing the life and health of the patient; only the mentally and bodily strong survive. The incidence of cancer in the community must be tackled by ensuring a pure environment, eliminating noxious chemicals and pollutants. Likewise, drugs are a social ill. They multiply in a society filled with stress and disappointment.
There are brave new initiatives against the culture of drugs. The basis is an honest appraisal of the harm of drugs. Amphetamines are not as addictive and destructive as heroin and its derivatives. The injury of drugs cannot be measured by mere quantity, such that the death penalty applies to all on a quantitative scale. Some drugs can be tolerated to the same extent as alcohol or nicotine. Though their use is regrettable they cannot be measured on the scale of a human life.
Let Singapore look to its competitive, stressful, and very unequal society where the invitation to escape into a drug nirvana becomes attractive. Every life is valuable, life can be fulfilled in various ways, economic success is not the measure of a life.

The final message is an admission that the death penalty is not an effective counter to drug trafficking. Surely, Singapore’s history as the world’s highest executioner in proportion to its population has proved this point. Drugs are still traded, and the low level drug dealers are still executed. For what end? To promote the false premise that Singapore is serious about drugs? The experience of the great majority of nations rejects the claim. Let Singapore respond that its barbarity is ill placed. Your respect for human life will be warmly welcomed and you will receive encouragement and cooperation in joining efforts throughout the world to control the morbid trade of drugs and addiction.
Posted by hrdefender at 12:34 AM