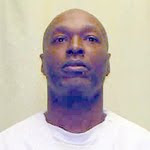 In the state of Ohio, USA, an attempt on Tuesday, 15th September, to execute Romell Broom, a 53 year old condemned prisoner, failed. Those trying to carry out the execution tried to find a suitable vein to inject the poisons, in both arms and in one leg of the prisoner, but could not succeed, despite the cooperation of the condemned person who himself tried to indicate suitable locations for the lethal injection. Heavy bleeding and painful movement of the prisoner were observed, causing him to break down in tears. After two hours the attempt was abandoned. The execution is rescheduled in 10 days time. The defense lawyer will appeal a repeat attempt to execute Romell, citing the cruelty of the procedure.
The crime for which the death sentence was passed took place 25 years ago.
Posted by hrdefender at 3:28 AM